That statement means little to some and much to others. It’s an interesting concept, that we define ourselves, or allow ourselves to be defined by something we have no control over… the stars.  I am not someone who needs to consult someone’s interpretation of what my day will be like before leaving the house each day, but it does in fact interest me to think there might be some truth in the idea that I share some characteristics with those born around the same time as me. For about a day or so, I have been throwing this idea of characters and stars around in my head. There are some I seem to struggle to remain friends with for any length of time, and although it is much simpler for me to assume it is because I am simply not worthy of them or what they are looking for, it made me wonder if starsigns might have some bearing on it all. It’s a cop-out, I know, yet gives me brief respite for beating myself up over being lacking as a friend.

I looked up a set of character traits for Aries before starting to write, and as many as are very much me, there are also those which I am not, or to a lesser degree.

Aries Traits: Enterprising, Incisive, Spontaneous, Daring, Active, Courageous and Energetic, the Aries are the proverbial infants, guileless and optimistic to the fault. However, they also are impatient, impetuous, vain, proud and egoistic. They may also be liable to come across as selfish, jealous, coarse, ruthless and violent.

When I was growing up, I was told by parents that I was Aries, which would make me a leader, stubborn… and wilful. Stubbornness was something that ran in my family though, even though our birthdays were spread throughout the year, all except my Brother and I who were both Aries and living under the same roof! I am happy to lead others, and have shown myself capable of it, but, put me in a situation with one or two people I care about, who are fragile, or dislike being told what to do, and it’s a struggle to squash that side of me and not want to seem too strong. I guess it’s hard to rein the Aries in at times and sometimes I fail.

Stubbornness seems to be the main thing people pick up on when I tell them I am Aries. The next most common is that I must be stupid, after all sheep are not blessed with being the most intelligent. I will go along with the joke, but to give it serious thought for this piece, it’s possible that those people are confusing ewes with rams. Where I grew up there were many farms that had flocks of sheep and the ram was not left in with the ewes all the time. Although ewes have an established hierarchy in the field, and one will very much seem to be in charge, when the ram is with the flock, his traditional role was one of protection, as well as virility. They are a stock powerhouse with a strong skull and horns. Often fearless, the ram will take on any challengers. That is very much me inside. I challenge and hit back at challengers, sometimes against the wrong people, and often at the expense of my own sanity and heart.

When I look back on that list, there are many things that I am indeed at different times, in various situations with many people. Different people bring different sides out of me and there are also those who know which buttons to press to trigger the worst in me. Some find it out by accident, and others (like my Brother) exploit it at quiet times, to provide amusement for all.

I am 45 now and for all the things my parents told me when I was young, they did an excellent job of beating most of the Aries out of me. Life has been a controlling time for me, and I would venture that it’s only in the past two years that I have realised it is OK to be myself. After all, I can’t be anyone else, the only other choice is to become a watered down version, and that doesn’t serve me well at all.

So, I am plagued by the fact that to remain true to me, it seems there are those who are strongly their own star signs, who I am destined to struggle to get along with, without seeming abrasive to them. To go back to my thought of ewes and rams though, perhaps to be the ram is essentially a very lonely existence when most of the year, that protection is no longer needed. For someone as flawed and stubborn as me, it’s hard to realise that it is the other strong signs which are the most interesting to have as friends. We can’t all be the strongest or lead, so the path is bound to be littered with explosive moments, some of which I may not be able to mend. 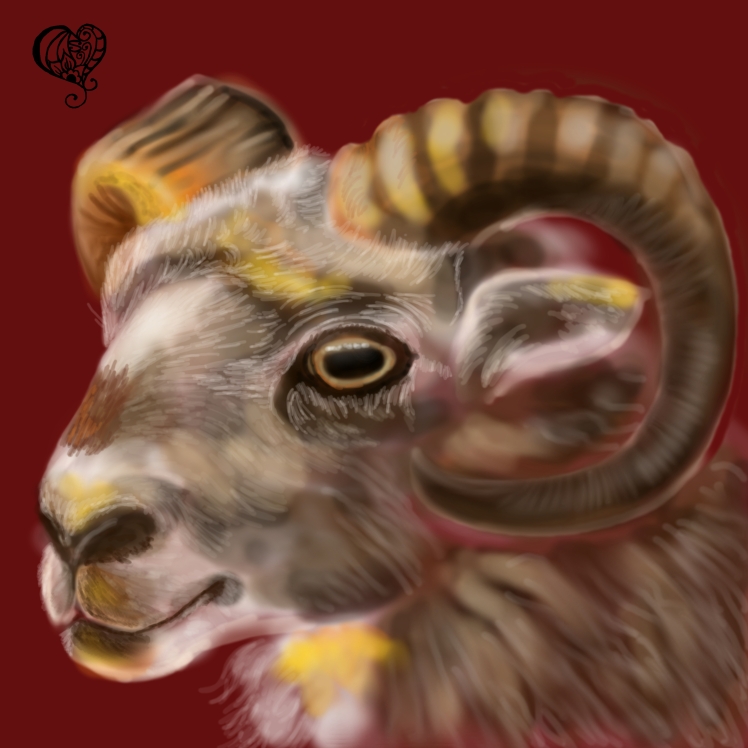